Excerpt from a reflection written by Satsuki Yasuda from the 2014-2015 exchange program with Ewha Women’s University in Seoul. 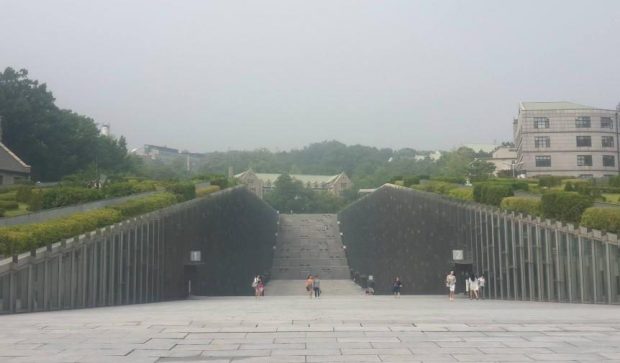 Growing up and living in a rural part of Georgia to suddenly living in one of the most populated capitals in the world was drastic, stressful, and mind-blowing. Adapting to my new environment was certainly not a stroll in the park. There were so many obstacles: different norms, Korean society, language barrier, city life, being a foreigner, etc. I did not realize how different American norms were compared to Korean norms. Of course, the fact that Seoul is a big and bustling city also contributed to how differently people would act and behave toward other people.

I had studied the Korean language by myself for around six to seven years before the study abroad program. In other words, I spoke textbook language. From time to time I would watch Korean television to improve my informal language and slang vocabulary. Despite my background knowledge of the language, attempting to communicate in an environment where they only speak that one language was terrifying. To other people who are or will be in this situation, there is only one factor that they need to conquer: confidence. In the beginning of the fall semester, I was so overwhelmed by the new environment that my confidence in communicating was very low and pitiful. However, as I gained confidence throughout my time there, after about three to four months, I was able to confidently and comfortably order foods and ask questions to the native speakers. Personally, I feel that my confidence increased in not only communicating in a foreign language but communicating with strangers. I have always been and still am an introverted person so living in Korea has improved my communication skills and I am very happy with the person I have become…

Throughout my stay in Korea, I befriended and became close with many fellow international students on campus and at my dormitory. However, since I have studied Korean for a very long time, I would usually have more confidence in speaking Korean compared to my friends who just started to learn the language when they moved to Korea. Sometimes my friends would need help speaking Korean in cases when they would get sick, so they would have to go to the hospital. Or if their phones were acting funny and they needed to talk to the people at the shop. Obviously, my Korean is not fluent so I just tried my best but in these cases, I knew I had to be professional and help my friends out. I thought these experiences were hard but was a great help for me personally also.

Living in a foreign country, especially for a long period of time, is challenging and difficult. There are times when it gets really lonely and you miss home but the experience in general is worthwhile and worth every penny and second of your time. If you have a chance to go study abroad, even if it’s for one month, then I would highly recommend taking that chance and just go!