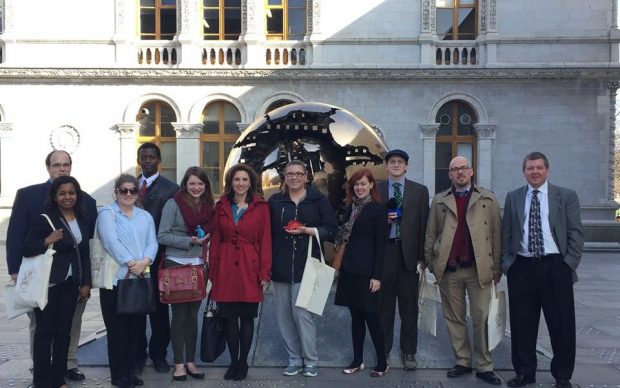 In March of 2016, I traveled to Dublin, Ireland, as part of a GSU study abroad course in international political economy. During the brief course that spanned the week-long trip in Ireland, I began to understand the reality of how macroeconomics works practically. Using Ireland as a case study gave focus to this understanding, and our meeting at Trinity College Dublin served as a jumping off point from which to explore macroeconomics in the real world.

In an hour-long lecture at the college, history professor Patrick Geoghegan described the historic narrative of Ireland – a cycle of rebellion and defeat until the early 1900s. After the Easter Rising of 1916 and subsequent civil war, changes began to come to the island. Britain relinquished power to the Irish parliament, eventually resulting in Home Rule for most of Ireland – with Northern Ireland remaining part of the United Kingdom. However, Ireland as a state seemed to break free of this cycle, creating a new narrative in the 20th century that spoke of peace and prosperity. With the fall of the housing market in 2007 to 2008, Dr. Geoghegan admitted the appearance of slipping back into the previous narrative of near success-turned-failure. However, he also noted that the 1990s through 2016 today still seem a great shift in this narrative. Not only is the narrative looking more positive economically, but it is also a narrative independent of foreign interference (considering the E.U. as invited influence)…

Dr. Geoghegan’s lecture during our time at Trinity College Dublin proved very helpful in understanding the growth and evolution of the Irish economy. His explanation of both historical context and the particulars of the housing bubble and crash of 2007 and 2008 were invaluable to the remainder of our meetings. 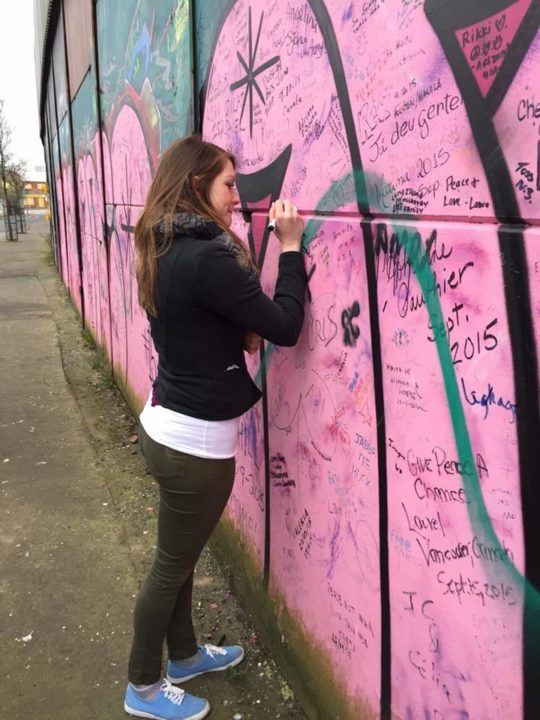 James Joyce observed that, “history is a nightmare from which I am trying to awake.” Ireland is a country striving to break the seemingly inescapable cycle of suffering and conflict that began with the first English conquests in the late 12th Century under King Henry II. Standing in Christ Church Cathedral next to the tomb of Richard de Clare, Strongbow, I am reminded poignantly that the beginnings of British Empire were to be found there. Seven centuries of conflict, subjugation, starvation, and emigration could not break the Irish spirit. And while it would have been imaginable for Ireland to remain a poor backwater on the fringes of Europe mired in failed utopian-leftist experimentation and the politics of semi-isolation with a rich cultural heritage and a great deal of unfulfilled potential – a greener, colder Greece, perhaps – Ireland has instead chosen to embrace the cosmopolitan, open, industrious, and energetic politics of the global age…

But the willingness to embrace a new, modern, prosperous, and peaceful path is perhaps nowhere more apparent than in the Shankill and Falls Road neighborhoods of Belfast, where once bloody warriors who reluctantly took up arms in a struggle for survival – the Protestants for their right to live as British persons and the Catholics for their liberation of British imperialism – can today tour the streets of their city and point out at once the bloodiest and most personal moments of the Troubles while being dedicated to living in peace with their former adversaries. If Ireland is to leave behind, for now, the boom and bust tempestuousness that is the dark side of capitalism and shed the legacy of the Celtic Tiger, it will be because Ireland has awoken from its history.